On January 21, it was announced that Loren Rivkin, the fourth generation of Saf-T-Gard International, Inc. family ownership, was promoted to Saf-T-Gard president and chief operating officer.

Since opening for business in 1936, Saf-T-Gard has enabled on-the-job safety, compliance and peace of mind for hundreds of thousands of workers and their families by delivering superior safety products and solutions that protect against work-related hazards and prevent serious injuries, and the company will continue to do so under Loren’s direction.

Saf-T-Gard has grown significantly since its humble, two-person loft beginnings. Founded as the Latex Glove Company by Leo and Lillian Rivkin when the company began its operations in Chicago making waterproof, rubber-coated cotton gloves, Saf-T-Gard is now a celebrated manufacturer, distributor, importer, exporter and global supplier of personal protective equipment (PPE), electrical safety, facility safety and first aid products with thousands of customers across all industries.

Today, Saf-T-Gard offers tens of thousands of products from the world’s leading manufacturers in addition to Saf‑T‑Gard’s exclusive brands. Saf-T-Gard serves customers in all 50 states and in more than 50 countries around the world, and Loren’s promotion is a testament to the company’s progression and rich history of service.

“This is a true reflection of the reality, recognizing Loren’s hands-on responsibility for our day-to-day operations as well as the next-generation vision for our future,” said Richard Rivkin, CEO and chairman of the board, Saf-T-Gard. “Loren has also assumed leadership roles in our industry organizations (AD Safety Network and NAIL4PET) as well as active participation in ISEA and ASTM.”

Richard is not retiring. He will carry on as chief executive officer, with the added role of chairman of the board, and will continue working toward the company’s goal of bringing workers home safely since 1936.

GPS Insight Ranked on the 2014 Inc. 5000 for the Fifth Consecutive Year 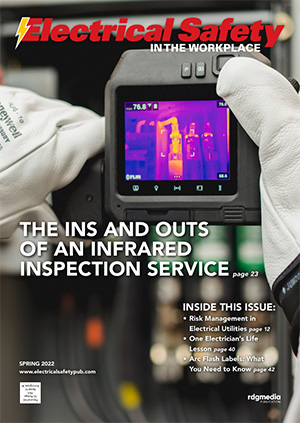